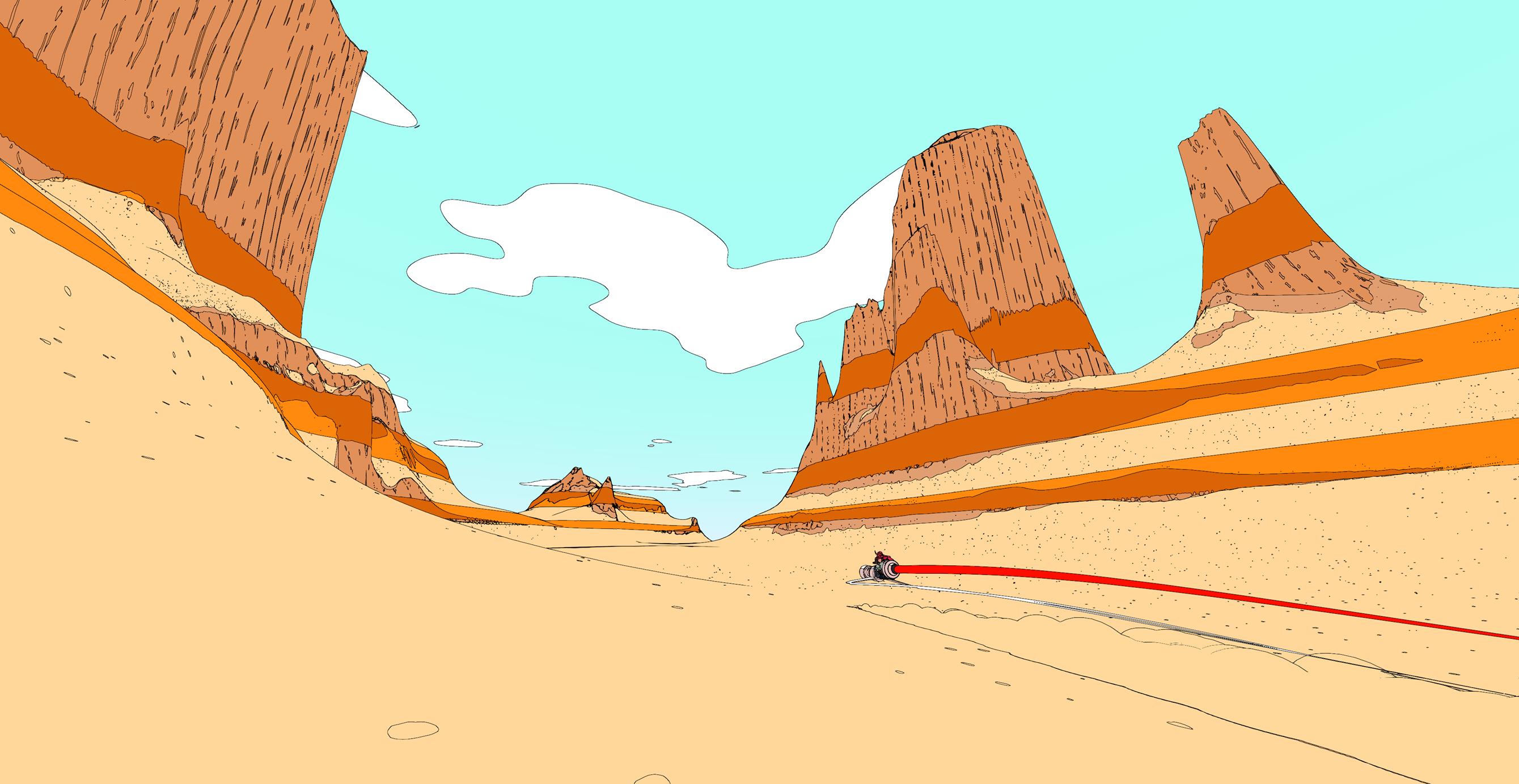 Sable stands in stark contrast to many conventions of open worlds. Devoid of conflict and combat, this is a world leaning entirely on the strength of its visuals, worldbuilding and exploration. However, developers Shedworks pull this feat off with impressive style, delivering an enriching experience that succeeds in spite of some technical issues.

You explore an almost entirely freeform open-world as the titular Sable, a young girl embarking on her Gliding. This pilgrimage sees her exploring the wastelands of Midden on a quest for a mask. More than just a headpiece, these embody a character’s role in Midden’s society: the Mechanists who assemble and maintain hoverbikes favour austere metal masks, for example, while Climbers are signified by cartoonish lizard helmets.

The game reassures you from the very beginning that there are no wrong paths to take, and Sable remains dedicated to this ethos for its twenty-odd hour runtime. Collecting three badges for any type of mask, earned by completing quests, grants it to you via a wonderfully unusual ritual. Once you’ve assembled your mask of choice, you’re free to finish the game whenever you please. However, this would be doing a grave disservice to an oft-magical experience.